It was 1979 when Motorola was engaged in a painful process of self-discovery and began to realize the extent to which it had lost market share in many key segments, including televisions, car radios and semiconductors. That same year, during a company officers’ meeting, Motorola’s President and CEO Bob Galvin asked the question, ‘What is wrong with our company?’ Many officers and corporate chiefs began voicing the standard, politically correct excuses. Blame it on the Japanese, blame it on the economy in general, blame it on weak research and development. While all this was going on, a lone voice in the back of the room spoke up loudly and clearly saying, ‘I will tell you what is wrong with this company… Our quality stinks!’ That voice was Art Sundry, a sales manager for Motorola’s most profitable business at the time. Everyone thought he would be fired for this ballsy assertion. How could someone make such a statement in such horrible and turbulent times? Surely Motorola had always been and still was among the world’s best manufacturers, regardless of the hard times it was facing (Mikel J. Harry). Motorola was at a major turning point in its history. It could continue on a downward trend relative to competitors, or it could break that trend with an ambitious culture change and quality improvement initiative. This was the moment Motorola began its search for ways to eliminate Waste and improve its quality. Two Motorola engineers, Bill Smith and Mikel Harry, were credited for their pioneering work aimed at improving processes and for finding and resolving defects. Their work on process capability, tolerance, critical-to-quality characteristics and design margins laid much of the foundation for what today is called Six Sigma. 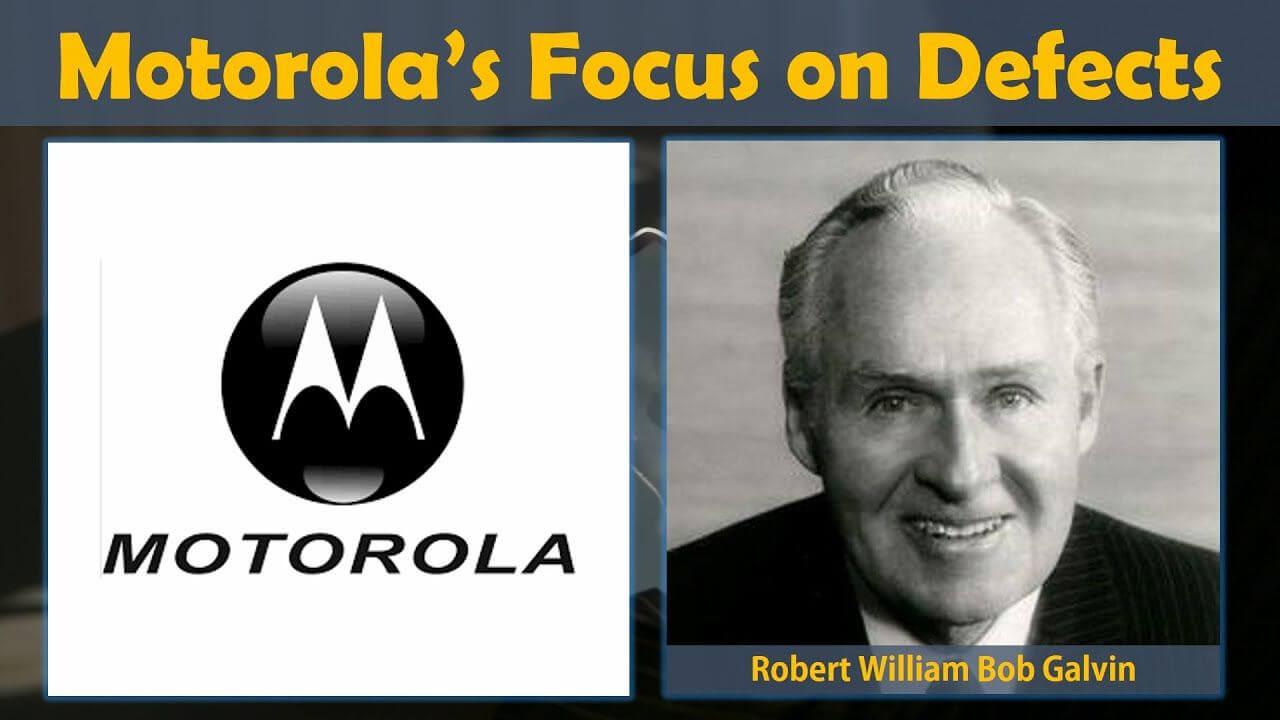 Six Sigma focuses on capability and reducing variation. Recognizing a link between fewer defects and lower costs, Motorola set out to incorporate this connection into their manufacturing processes, which they called ‘Six Sigma’. Motorola’s Six Sigma quality program was so radical that managers were forced to think about the business differently. Applying these concepts to Motorola’s electronics manufacturing delivered more than $2.2 billion in benefits within four years and $16 billion within 15 years. Motorola’s CEO Bob Galvin cited the work of Bill Smith and Mikel Harry in achieving these benefits.

One of the companies that embraced the Six Sigma philosophy was General Electric (GE). GE Chairman, Jack Welch was told that Six Sigma could have a profound effect on GE’s quality. Although skeptical at first, Welch initiated a huge campaign called ‘the GE Way’. He made an official announcement and launched the quality initiative at GE’s annual gathering of 500 top managers in January 1996. Welch described the program as ‘The biggest opportunity for growth, increased profitability and individual employee satisfaction in the history of the company’. His goal was to take quality to a whole new level and to become a Six Sigma quality company, producing nearly defect-free products and providing nearly defect-free services and transactions. Welch’s intention was to infuse quality into every corner of the company. He later called Six Sigma ‘the most difficult stretch goal’, but also suggested that it was ‘the most important initiative GE had ever undertaken’. General Electric saved more than $12 billion with Six Sigma in the five years after implementation.